The girl with the pearl earring

A LAST MOMENT PAUSE made her feel reluctant. With one hand, she was ready to knock on the door. With the other, she was holding the same bag that had accompanied on many previous examinations in the past. Inside the bag were notes and pencils, many of which were forgotten since time immemorial. She carried them everywhere, and just as they had accompanied her in her journey through her university years at the Department of French Literature, she thought they could help her make her next dream a reality: entry to the Department of Fine Arts.

Her talent in drawing was quite evident since her very first years. What happens with many things in life, however, is that if you neglect something, it neglects you back.  She was frequently met with the thought: that she had betrayed her dreams to become someone who she wasn’t. Yet when someone has a natural inclination to something, nature finds ways to help him achieve it. With this thought, she found the courage and knocked on the workshop’s door. She knocked once, then twice. Her attention was then caught by elegant coal drawings that were hanging from the glass, which the teacher had placed there on purpose so as to catch the attention of passers-by, in which she recognized scenes from everyday life, the interior of a gothic cathedral, courts and busy streets of an old European capital. Every fine detail of the drawings sucked her attention, to the point where she was observing every line or even the texture of coal, and she would have simply stood there for hours, had a rough voice not disturbed her pleasant trance: “May I help you?”. 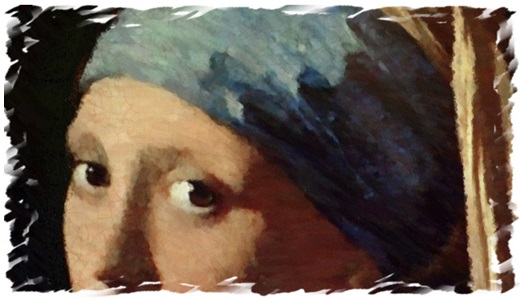 She found herself at the point of no return. A shy reply came out of her lips, word-by-word, until she eventually managed to utter a whole phrase: “Yes... I’d like to be admitted to the School of Fine Arts”.

The teacher welcomed her. He introduced himself as “Nikos”. She introduced herself back, then took out her coat and scarf to feel more comfortable. They sat at his desk. He displayed an unusual interest for her case, even getting into such detailed and deep questions about her life course until that time that she found it strange. They both remained at his office for more than three hours, analyzing what she had already accomplished and what she would learn by his side. She clumsily took out of her briefcase a few paintings, more as a proof that she was really interested rather than a boast. He, on the other hand, began analyzing her paintings with an enthusiastic craze. He analyzed everything, from the dimensions and the perspective to the curves and the chiaroscuro. Then he asked her that they both grab a pencil and try together. His demand made her feel uncomfortable.

“I’m sorry, I simply can’t…”, she replied. He then approached her softly and touched her right hand. Then, with equally soft movements, placed a pencil in her palm and caressed it. He took her hand and touched it on the paper with a profoundly erotic mood. Just as she tried to resist him, he told her: “We’ll do this together. You’ll see.” He then directed the pencil’s move on paper in such a way that it would form a round vase-looking shape. “Let’s turn this into something else”, he told her, trying to prevent her. His presence had excited her.

“You’re right. Let’s draw a face”, he told her. He then gripped on the pencil and starting turning the vase into a face. They drew every detail: the nose, the eyes, the mouth, paying extra attention to the lips. When they reached the ear, he designed a beautiful pearl-looking earring. His movements were so smooth and cautious that flowed as if by magic. He didn’t make a single mistake. The curves of the face started igniting her imagination, as if reminding her of someone she knew, yet she couldn’t understand whom. After they finished with the face, they added clothes, as well as a head-scarf that hinted towards something Eastern. The rest of the face, however, had European characteristics, something that made her wonder:

“Are we drawing a specific person?”

“Well, yes and no. It’s the girl with a pearl earring from Johannes Vermeer. Join my class and you will learn everything”, he replied.

This stirred her imagination in ways she couldn’t have ever possibly imagined. She realized her tutor was something special, a man so talented and passionate about his art that his hand had fused with his creative mind. He persuaded her. They talked a little more about the painting, and he then explained in full detail what she would be learning in his workshop, as well as some details about his own past. They gave hands. He would be very glad to have her as a student in the class that would start in October. As he took her to the exit, he thanked her with his heart, and she was also so amazed and impressed by all this that she didn’t even hesitate for a moment to renew their date.

The time for her to depart came. Nikos went back to his workshop. She took her wallet out to see if she had a ticket, then touched her neck in wonder as to how she had managed to forget her scarf. She knocked on the door once again, waiting for Nikos to open. Once, then twice. In vain. As soon as she tried to shout through the door, she realized it was not shut. She didn’t have to try too hard to push it open, only to realize that the workshop was empty and the lights were off. She then walked to the tutor’s desk, picked her scarf up, then headed back to the exit, only to realize that a strange sound, like some sort of silent cry, echoed through the walls. A strange, dim light was to be seen coming out from the red curtain that separated the living room from the workshop.

With as light steps as possible, she closed in on the curtain and peeped through it. She saw Nikos, with a brush on his hands and tears on his eyes, making corrections on a big canvas on which the girl with the pearl earring from Johannes Vermeer was again to be found. With a rhythm almost erotic, he touched the painting with his brush and highlighted the characteristics of the face. She, on the other hand, touched her phone’s screen with an amazed look on her face to shed light on the wallpaper: her face was exactly the same as the girl in Nikos’ painting.