(based on a Nigerian myth)

BACK IN THE OLD TIMES the sun and the water were friends, and they both lived on the earth. The sun would often pay a visit to the water, yet the water never paid the visit back. As soon as the first realized what was going on, he asked the water whether it was snubbing him. 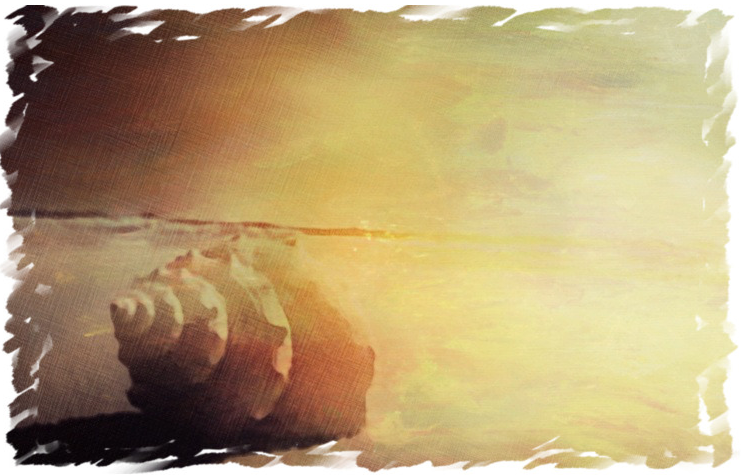 The water then replied: "If you want me to come over, you have to build a very big house. For the one you currently have is big, but not big enough to fit the water of the earth."

Then sun promised then to build a house large enough. As soon as he went to his wife, the moon, she greeted him with a big smile. The sun told her his promise, that is, to build a house so big that could accommodate even the water of the earth. The very next day, he starting building it.

As soon as he finished it, the water came to pay a visit. It knocked the door and asked from the opening: "Are you sure you want me to come in?".

The sun answered ‘yes’, and the water poured inside the house he had built, along with all its fishes and sea animals. Soon the place was flooded, and the water asked once more to confirm: "Are you sure you want me to come in?". The sun replied positively again.

When the water reached the ceiling, the water asked both of them: "Are you sure you want me in your house?". Both the sun and the moon replied with one voice: "We do!".

So, the house was filled with water, as well as all sorts of fish, octopuses, seashells and other sea animals, to its maximum capacity. The roof burst as a result, and the water came out in torrents and rivers, flooding everything in its passage. When the flood subsided, a green valley was uncovered.

As for the sun and the moon? Not only did they not drown, but for their hospitality the Gods themselves elevated them to their permanent residence up in the sky.