HOW LUCKY IS THE MASTER that has a wise servant in his service, who accepts his orders yet does not obey them blindly, but rather follows his own wisdom. 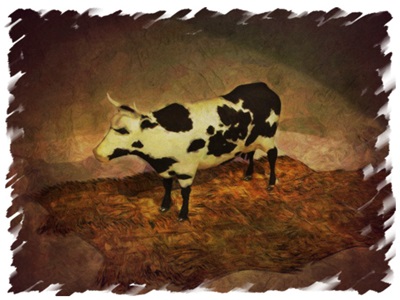 A cow that belonged to one such master happened to go missing from his barn one day, and so he sent his wise servant to find her. As the hours passed and the servant was yet to return, the master got anxious and went after him. Unable to find him in the woods, and when at some point the sun set and night came, he went back to the barn were much to his amazement he found him hiding behind a stack of hay. He got furious to see him, and demanded to know whether he had found the cow or not.

The servant then replied: "I did not. I found those who stole it, however".

He then grabbed him by the elbow and pulled him behind the stack, just about the time when two thieves entered the barn so as to steal a second cow. The servant then drew his sword and faced them. Just as they ran away, two policemen that had been warned by the servant beforehand arrived and arrested them, leading them straight to jail. And so, the master found his lost cow and avoided having a second one stolen from right under his nose, thanks to his servant, who knew best how to follow his own wisdom.