Luck and the fisherman

MANY YEARS AGO, there lived a fisherman, who had a wife and children to feed. He was very poor, however, and his only belongings were his fishing pole and two donkeys which he used to carry the fish to the nearest market. So, he worked day and night, waking up very early in the morning so as to make ends meet, whether it was winter or summer. 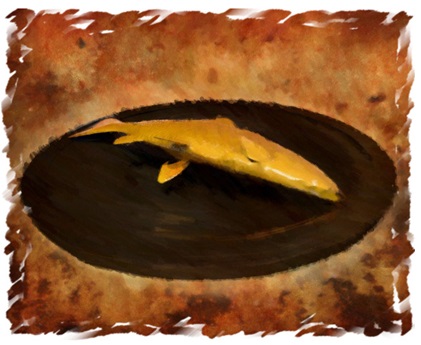 This kept going for years, until his sons grew up and kept him company during his endless fishing hours. No matter how hard they worked, they were still poor. In the end, the fisherman cried in disappointment: "Why work, when I can barely put a coin or two aside anyways! Maybe if tomorrow I stay in bed and stop going after my Luck, she will be the one to come find me".

The next morning, the fisherman remained in bed and slept. "Are you sick?", his wife asked him. "No, but there's no use in going after the fish. Let Luck come and find me if she wants".

"My husband, are you mad? Do you think Luck goes after people that don't chase her? Get up, put your clothes on and go to your fish at once!", she replied. Stubborn as he was, however, he didn't move a muscle. His wife kept begging him, until at some point she got pissed off and left him alone.

The same afternoon, a stranger from a nearby village knocked on their door to buy fish. His wife then told him: "My man didn't go fishing today. But you can borrow his fishing pole, if you want, as he will stay in bed all day. You can find him in his room".

So, the stranger climbed the stairs and asked the fisherman. Bored as he was, he told him: "I would come along to show you how fish is caught, but I swore not to move from my bed today. Take my fishing pole as you please".

And so, the stranger left for the sea, taking the pole with him. To his great surprise, he caught twelve fish made of pure gold. So grateful was he for his luck, that he thought it must have been the fisherman's pole that brought this great blessing upon him. "Maybe I can give two of the fish to them to thank them", he thought.

So, he left the fishing pole and two golden fish served on a plate at their door, then knocked to say goodbye to the fisherman's wife. She then took them to her husband, who was asleep in his bed, and placed them right in front of his nose.

As soon as the familiar smell of fish reached his nostrils, he woke up. "While you were sleeping, Luck came knocking on your door", she told him. So, they lived well, never to know, however, that the stranger who borrowed their fishing pole had caught another ten gold fish which he kept for himself.

Myths from Wales and Ireland