THERE WAS ONCE a corn in a garden who loved to do maths. The fruit and vegetables of the garden would always come to him and ask him for advice on how to do the slightest calculation, as he had earned quite a fame of being an expert mathematician. However, no matter how skilled he was in doing multiplication and vision, he would always screw up in number addition. 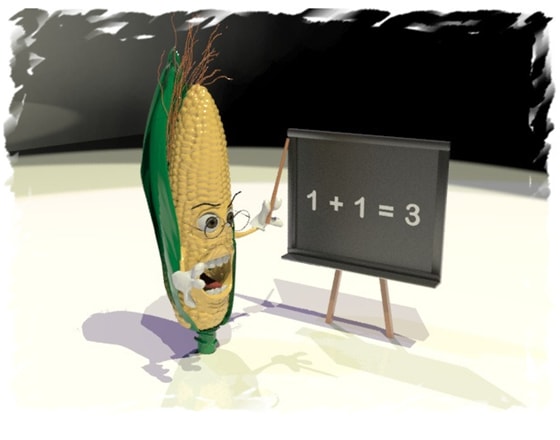 So one day, believing there was no one better than him in mathematics in the whole garden, he thought of setting up a math class and teaching others. He gathered all the necessary equipment: boxes of chalk, a blackboard, a ruler and school desks, and then he finally gathered the fruit and vegetables of the garden to announce them his vision. First he would teach them to count from one to ten, up to the hundreds and the thousands. Then he would teach them how to multiply and divide. Soon enough, there would be no single fruit or vegetable that did not know the multiplication table by heart. So it happened, and everything went fine, until one day, a curious pigweed asked him:

“You’ ve taught us many wonderful things, however, you’ve yet to tell us how to add 1 plus 1”.

The corn was shocked to hear the question, since he always screwed up in addition. Not wanting anybody to find out, he quietly took a piece of chalk and with his trembling hand wrote “1 + 1 = 3” on the blackboard. Then he turned away so as to avoid questions and continued to teach multiplication tables as if nothing bad had happened. His pupils however got him, and burst in laughter with what he had written on the blackboard. “We won’t leave the class until you teach us how to add”, they told him and he went red with shame, hiding behind his desk until everybody would go away. That very same night he would toss and turn in his bed, unable to fall sleep. Then, after many hours had passed, he thought of counting sheep.

When the next day came, he thought of asking the wise owl about how to do addition. Then she asked him how he managed to fall asleep the night before. He replied:

“I counted sheep in my imagination, one by one as they would pass in front of me, till the time I fell asleep”.

“Count sheep in the class then! But as they pass one by one, don’t let them leave”, the wise owl replied. “Just don’t fall asleep as you do!”

So it happened. That very next day, the corn gathered again the other fruit and vegetables to teach them addition. They counted imaginary sheep together, which the corn drew on the blackboard using a piece of chalk. On the other side of the blackboard, he would note down the number of sheep that had already passed so as not to lose count. “1…2…3…4…10 sheep!”

No sooner had he counted ten sheep, than his pupils were all fast asleep. When they woke up, addition had become their stock and trade, and they all applauded their clever maths teacher to thank him. And so, our good corn started his big career as one of the best maths teachers in the world. 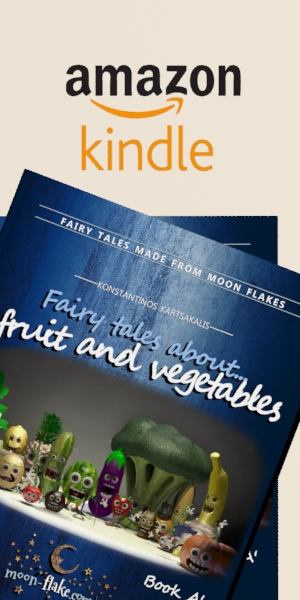